A Virginia native, I came west to work at fire control, mountain rescue, and as a ranger for the National Park Service to pay m

y way through school. After law school at the University of Virginia, in 1977 I followed my Uncle Emmett to Montana who had homesteaded on the Yellowstone River 63 years earlier. Here I joined the Bolinger law firm in Bozeman, and litigated 54 trials in state and federal courts in my first 28 months as a lawyer.

The years since have found me busy at a myriad of things, as lawyer, volunteer, homebuilder, and still, and always, as an outdoorsman who loves the West.

Montanans for The Responsible Use of School Trust v. State ex rel. Bd. of Land Comm’rs, 1999 MT 263, 989 P.2d 800 (declared 13 statutes unconstitutional, and made Montana the first state in a decade to adopt the “private attorney general doctrine” for awarding attorney fees). 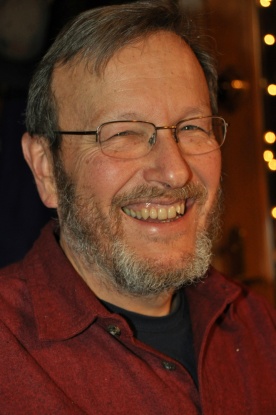 “Open Range Law in the American West,” and other articles in “Law in the Western United States,” University of Oklahoma Press (2000).

“Compassion In Conflict: Dialogue Between Buddhism and Conflict Resolution,” with Ven. Thubten Chodron, Transformation, Jl. of the Buddhist Library, Singapore, 1992.

...a continuing interest in promoting the integration of information often overlooked, and sometimes maligned.